My name is Susanna Grassi, I cultivate vines and olive trees in Chianti, the wine heart of Tuscany, in a property, Casole, which belongs to my family since 1600 as evidenced by the ancient documents that my father Giuliano lovingly preserves. As a child I had always thought of taking care of the farm, I would have liked to take the diploma of agricultural expert, but then the course of life took me elsewhere. I lived a lot abroad, then in 1988 the degree in economics opened up to me the wonderful doors of the fashion world where I learned how to organize a company: regardless of sector and size, anyone who produces something to sell it needs a corporate structure able to respond to the market, it is no different for the wine sector. At the end of the 90s my agricultural destiny began to come forward through a casual commercial consultancy: this experience brings me back to the old property that we had abandoned for too many years and was struck by this place now so different, empty and sad, but of a bewildering beauty. This is how my adventure at I Fabbri began. I started without a specific experience, I only had a mountain of good memories and three very clear ideas, that is to give back the right dignity to that place, produce typical quality wines in a traditional way and sell bottles with our brand.

Casole has belonged to the Grassi family since the 1600s. The Fats were winemakers, but also blacksmiths: they owned a workshop located in the ancient village overlooking the farms that has been used for many years for agricultural activity. This is where the name of this town and of the company originates. Susanna’s great-grandfather Olinto had dedicated his life to this estate: he was a modern, far-sighted man, and in the 1920s he started selling bottled wine, which was not common at the time. From Olinto the property passed to Roberto: bank manager, he loved this place very much, he looked after it with maniacal care. He decided to sell the grapes instead of the wine: a definitely profitable choice which however thwarted his father’s commercial efforts. In the 1960s it was the turn of Giuliano, Susanna’s father. Giuliano was a young and brilliant engineer, with a promising career in the energy field: he decided to leave abroad, where he lived, to return home and take care of the estate, but the difficulties of those years later led him to give the property in management. After a few years of abandoning the estate, in 2000 Susanna created the I Fabbri company. The return to the old property, so empty but always of a disconcerting beauty, rekindled Susanna’s desire to resume those values ​​and that love for the land that had always accompanied her family. With the desire to produce typical and quality wines, bottled with their own brand, I Fabbri have thus found a new sap and a new management “in pink”. If viticulture is in many respects still a predominantly male world, women producers – in Tuscany and in the world – they have shown a particular sensitivity, a naïve intuition, an orientation towards elegance and kindness. This is also true for I Fabbri. 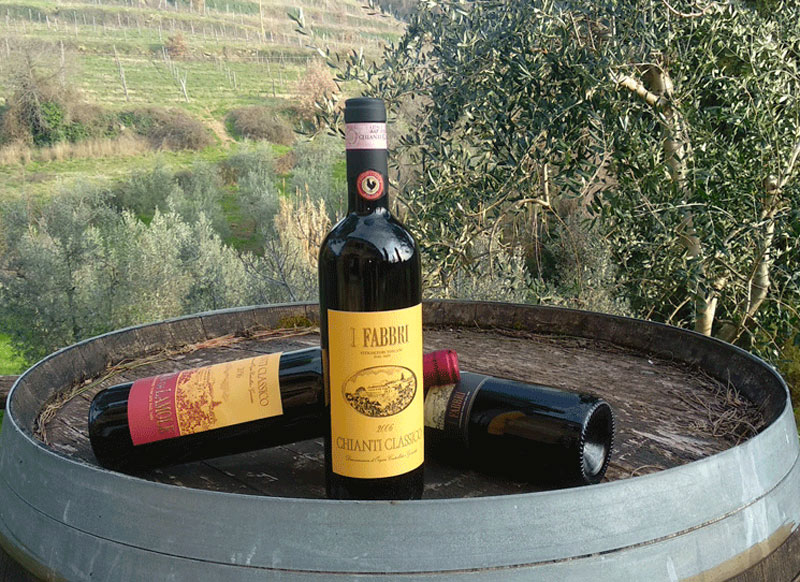